In 1991, I left college with a pile of debt but no degree. My university failure and associated impoverishment meant I would have to take work wherever I could find it. Waiter, shelf-stacker, farmhand, council bin-man, security guard, commission-only telesales, were all part of a tough time that ended with some robust parental intervention and a lucky break. After the straight talking from Mum and Dad, I stumbled into a business that needed a stand-in salesman one day. With no training and low expectations, I managed to ‘wing’ a meeting to some sort of successful conclusion and the die was cast. A career in sales quickly became a career in software sales as I joined a south-London based tech outfit, later sold to Experian. Working here, provided me with the experience and the attitude to commit to a systemised approach to B2B selling. It’s also where I met my wife but that’s another story.

Since then, I’ve been lucky enough to have run and sold a couple of private equity backed businesses. I started my own advisory firm in 2012, providing a sales due-diligence service to investors, which has now been used over 150 times, worldwide. As well as becoming a Fellow of the Institute of Sales Management, I have further underlined my commitment to process and structure by acquiring my PRINCE2 Project Manager certification. Today I Chair a number of investor backed technology businesses across Europe and have a desk at the coolest office in London; 1a Birkenhead St.

It is here that Mike, Jens and Steven (my old colleague from Livingbridge days) run Frog Capital. Frog became the VC and Growth House of the Year, 9 months after I joined (just coincidence, of course…) and every day demonstrate to me the qualities required for such an accolade. A range of successful investments and exits, underpinned by Frog’s unique Scale-Up methodology, allied to a clear commitment on purpose-led business through their Positive Growth agenda, makes me proud to work with them.

Expanding to the US

Talent acquisition: How to recruit your VP Sales 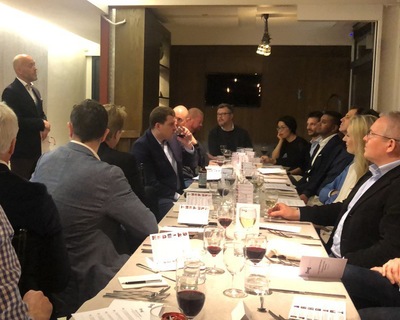 Frog partners with Microsoft to further support their portfolio

Realising Potential with a Double Olympian and AWS

Companies James is closest to

The leading Payments as a Service API platform for digital businesses