Growing up, my family moved between Japan, South Korea, Greece, Germany, and India.

Adapting to a constantly changing environment from an early age became second nature to me as a result of being thrown into different cultures, building and subsequently leaving behind friendship groups, and changing school systems every few years.

Following my family’s last stint in India, I moved to the United Kingdom to complete my BA in History and, subsequently, my Masters in Economics at Durham University. During this time, I got my first exposure to entrepreneurship – a close friend and mentor raised $10m for an exciting venture in India to innovate the cosmetics packaging industry. Witnessing up close the way growth capital jumpstarts innovation and expansion motivated me to join FT Partners; a growing investment bank focused on advising innovative FinTech companies globally.

At FT Partners, I had the privilege of working with entrepreneurs and CEOs across every stage of their company’s lifecycle, from scale-up to exit. The pitfalls and pearls of what it means to be a scale-up also became clear to me first hand, joining as FT Partners’ second employee in London and then four years later leaving behind a successful franchise, leading FinTech M&A advisory in Europe. Collectively my experiences have helped me understand the difficulty of building a successful growth business, and most of all helped me appreciate Frog’s vision of supporting CEOs in this effort.

Currently, I work on the Investment Team, where I look to find and advise the next generation of innovative software companies in Europe – leveraging my learnings to date and Frog‘s Scale-Up Methodology to help them grow successfully. 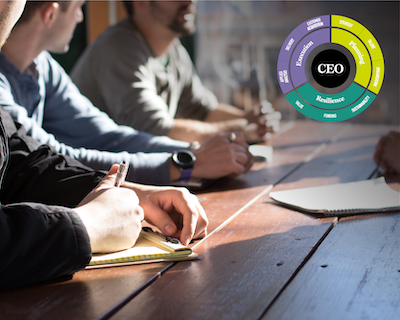 Building a quality board pack

Expanding to the US

How to run a successful strategy day

11 Steps to being successfully acquired