Frog’s King’s Cross spot has often been called ahead of its time. As tech firms and funds flock here, Frog is already well established in its serene, central Mews. But on Wednesday night, the Mews stepped back in time. Welcome to our Speakeasy, ladies and gentlemen, in aid of Movember, and supported by Frog and Silicon Valley Bank.

Every hour a man dies from prostate cancer in the UK. Testicular cancer hits men aged 25-49 the hardest, and while 95% survive, life post-treatment is different and difficult. Diagnose yourself early and you’re more likely to live, but men are notoriously reluctant talkers. “We die 4 years younger than women because women love over-sharing and we hate it”, Movember co-founder Justin Coghlan (JC) told us. What better solution than the Movember moustache? As a non-verbal statement that men’s health must be noticed, it has spread globally, with adoption this year by over 4 million self-styled Mo Bros. Movember began in 2003 in a Sydney pub, when a group of 30 friends agreed to grow a moustache during November as an awareness-raising stunt for male cancers. 11 years on, £346m has been raised, 800 programmes have been launched in 21 countries, and a calendar month has been re-named.

Movember’s momentum is a force of its own; you could almost touch it in the Mews on Wednesday night as JC let us in on what the next ten years hold at Movember HQ, including increased focus and funding for men’s mental health. Dapper gents and flapper ladies jostled at the Mews’ pop-up roulette, poker and blackjack tables (kindly sponsored by Radius), with every penny they spent on gambling going straight to Movember. The Boardroom hosted a silent auction, where guests brave enough bid on an extraordinary choice of prizes, including a near-space odyssey with Bloon, a classic car weekend in St Moritz, and an X-Wing Antilles helmet from the Star Wars set. The premier punter of the evening was awarded a Jereboam for his support. Barber shop chairs tempted those men at loggerheads with their new moustache to be rid of it – but Movember has 30 days, the charity’s Moustache Farmer (aka Engagement Manager) reminded us. Early exits is what the movement is trying to halt; hang in there to show your support, he urged.

Inside this theatre of the Speakeasy (admission denied, be sure, without the secret password “ribbit ribbit”), Frog helped London’s VC/PE community share, muse, connect and spread their roots. The current of Movember’s astonishing success and its forward thrust (I heard more than one guest wonder aloud if he might co-opt JC as a fundraising consultant…) provided a great live environment, and we all woke up on Thursday morning with sharper ideas, follow-up calls to make, over £10,000 raised…and a growing wonder at how next year’s event could top this. 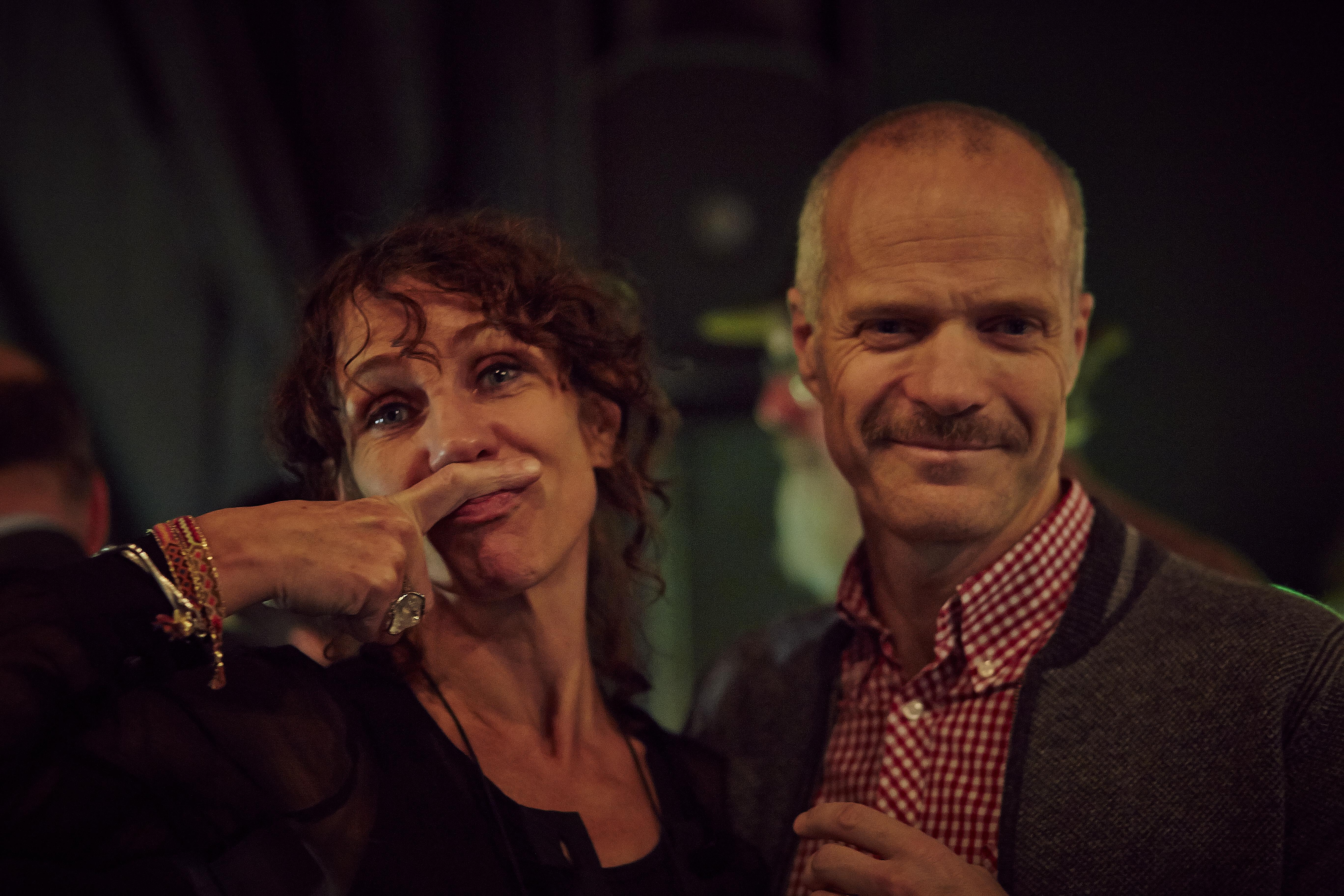